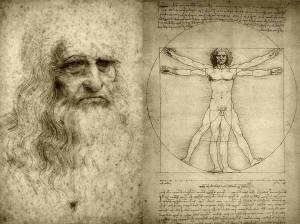 That this horror of inflicting pain was such as to lead him to be a vegetarian is to be inferred from a reference which occurs in a letter sent by Andrea Corsali to Giuliano de’Medici, in which, after telling him of an Indian race called Gujerats, who neither eat anything that contains blood nor permit any injury to any living creature, he adds ‘like our Leonardo da Vinci.’ ”